Having a second day in London guarantees you the opportunity to explore more of the incredible sights and sounds of the city. 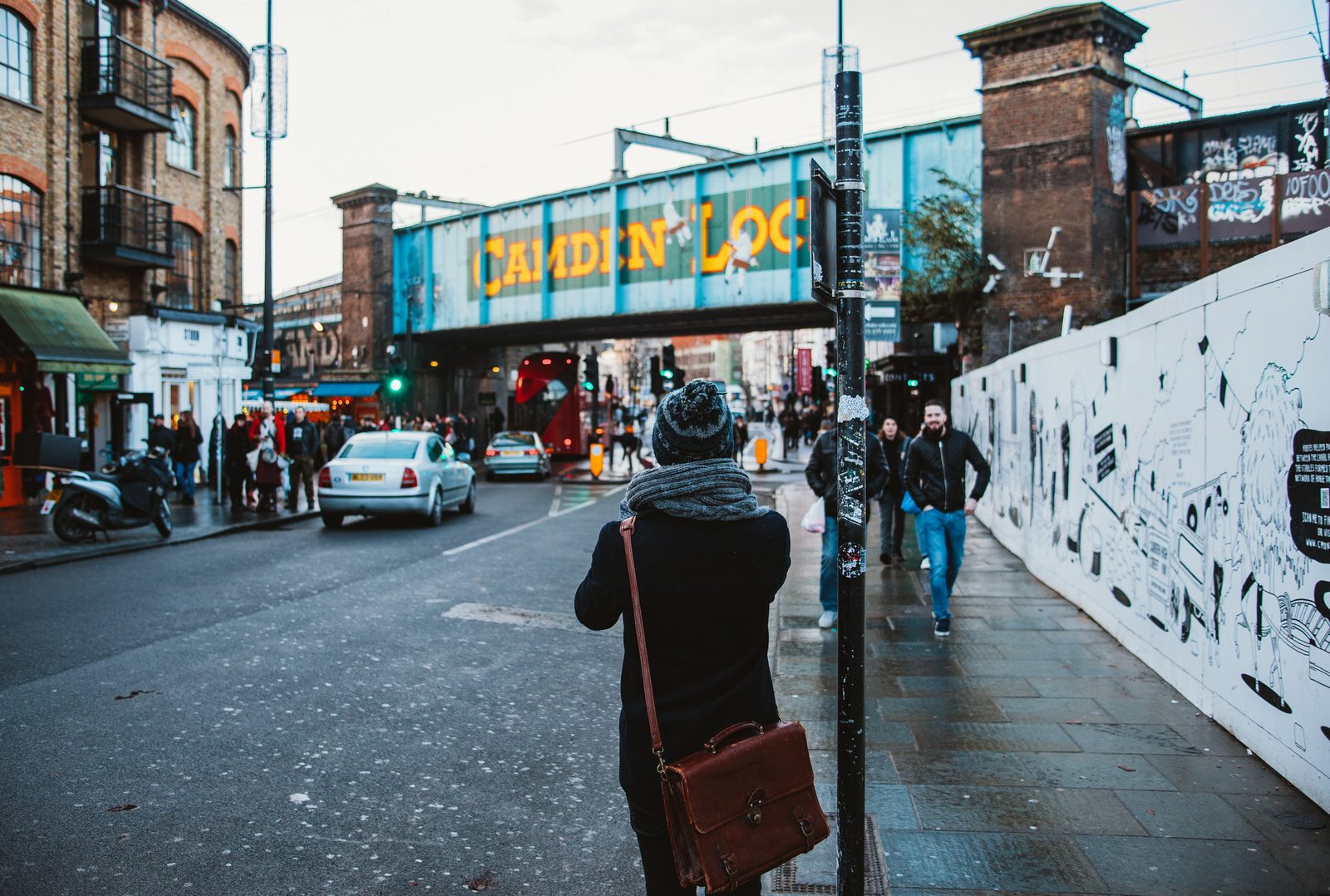 So you’ve completed the One Day in London Itinerary, seeing the major historical and political tourist sites in London. You had the English breakfast and afternoon tea, you’ve seen where the Queen was crowned and where she lives while in town. But for a two days in London itinerary, it’s time to explore the less-typical offerings of the city. From bohemian markets to local and artisanal offerings, today’s your chance to see the creative side of this energetic and hectic capital city. 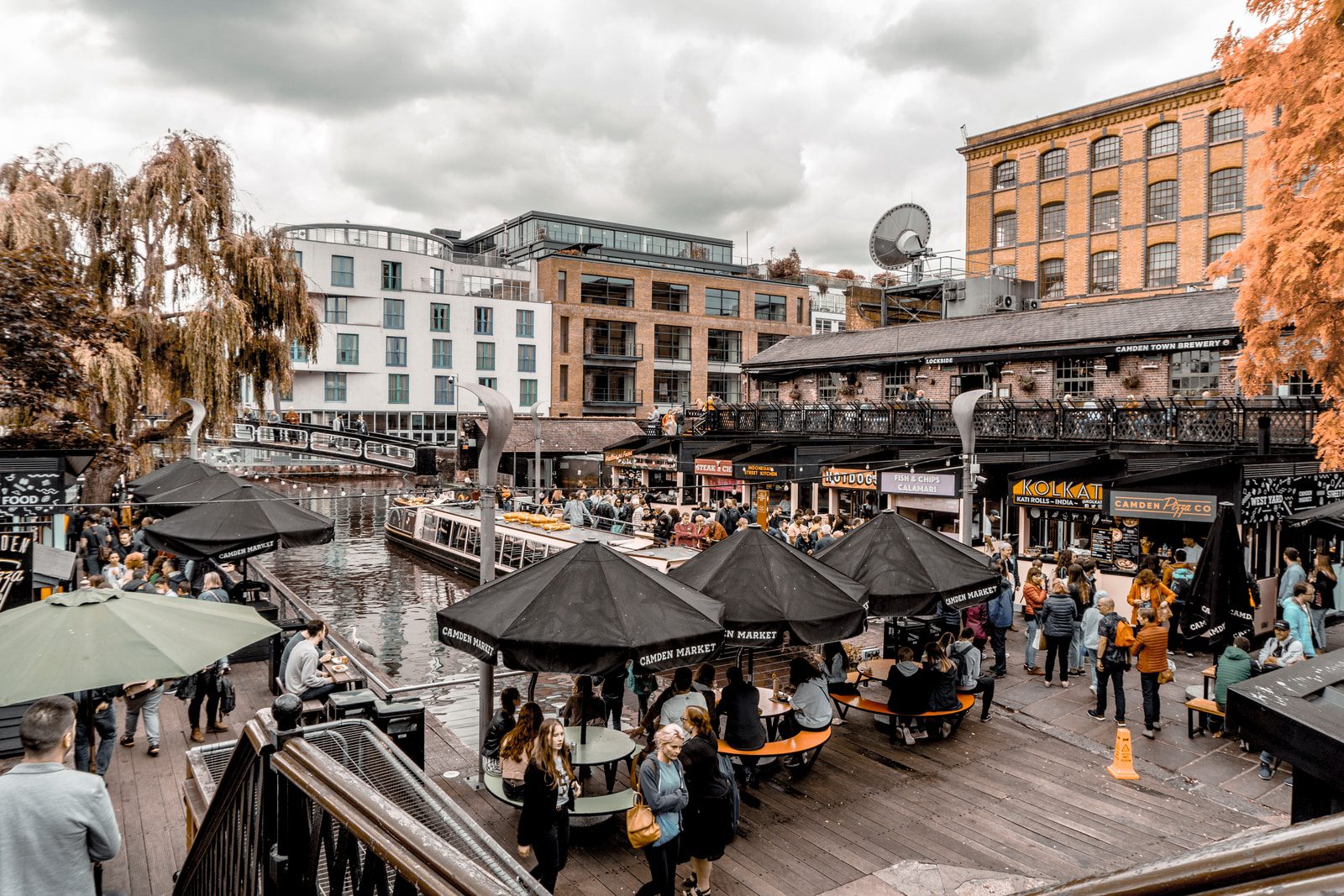 Beginning your day in Camden Town means a bit later of a start. Most shops and stalls won’t open until 10am so you have some time to grab breakfast before exploring one of London’s busiest and most unique retail destinations. Truly Scrumptious Cafe is on the north end of Camden Town, near Chalk Farm station, and is the perfect place to fuel up on coffee, pastries, or another English breakfast.

As you walk south down Chalk Farm Road, you’ll start to see the eclectic and colorful storefronts of the neighborhood. This is the epicenter of London’s rock and punk scene, where all can come to create, sell, and find inspiration. Fashion offerings range from vintage to futuristic, gothic to cosplay, and it all centers around Camden Market, the first major stop of your two days in London itinerary.

Since 1974, this market has continuously grown in popularity, selling unique homeware, clothing, records, and everything else. There are over 1,000 traders, using their Asian, Middle Eastern, and South American home influences to provide places to eat, shop, and drink. While there, don’t miss the Horse Tunnel Market to pick up some art for your home. If you’re looking for vintage British style, don’t miss Modfather for heritage brand clothing, 1960s memorabilia, and more.

From Traders to Torture 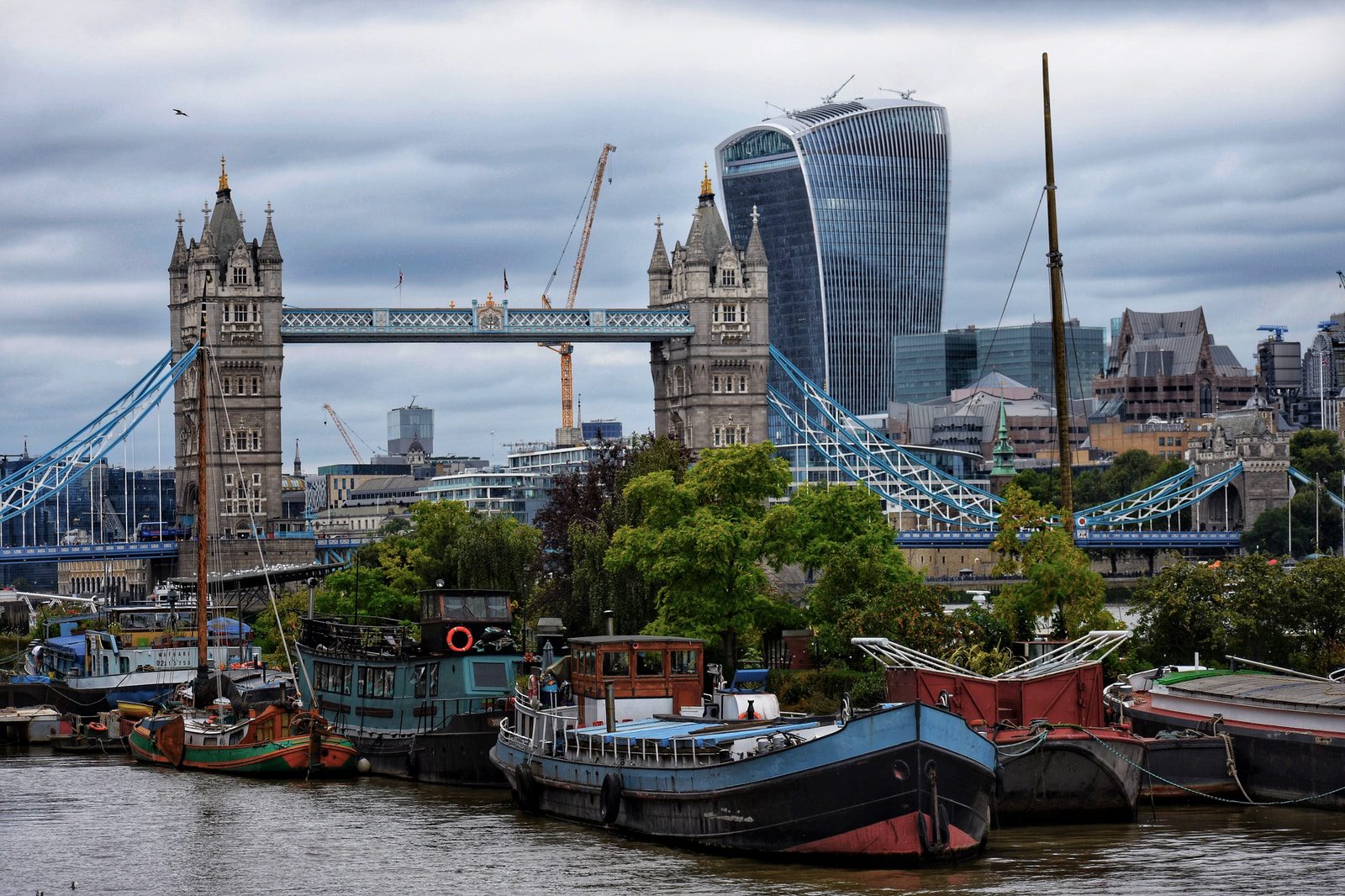 Let’s start heading south, back to the City of London, to immerse ourselves in some bloody history on this two days in London itinerary. Get off at the Tower Hill Underground station to visit the Tower of London, a castle in central London, first built-in 1078. Through the years, the castle has been used for defensive military action, an armory, a treasury, the home of the Royal Mint, and most famously, a prison during the 16th and 17th centuries.

Visiting the Tower gives you the opportunity to see where Anne Boleyn was buried after being beheaded, learn about weapons and torture devices used throughout UK’s history, and see the Royal Mint exhibition and the Crown Jewels.

To get a great view of the River Thames, the Tower of London, and the Tower Bridge, head to the London Bridge. Since it’s a very plain bridge only built in the 70s, it’s a good place to cross the river and take pictures of the more photogenic Tower Bridge and all the other imposing sites and buildings surrounding the area. 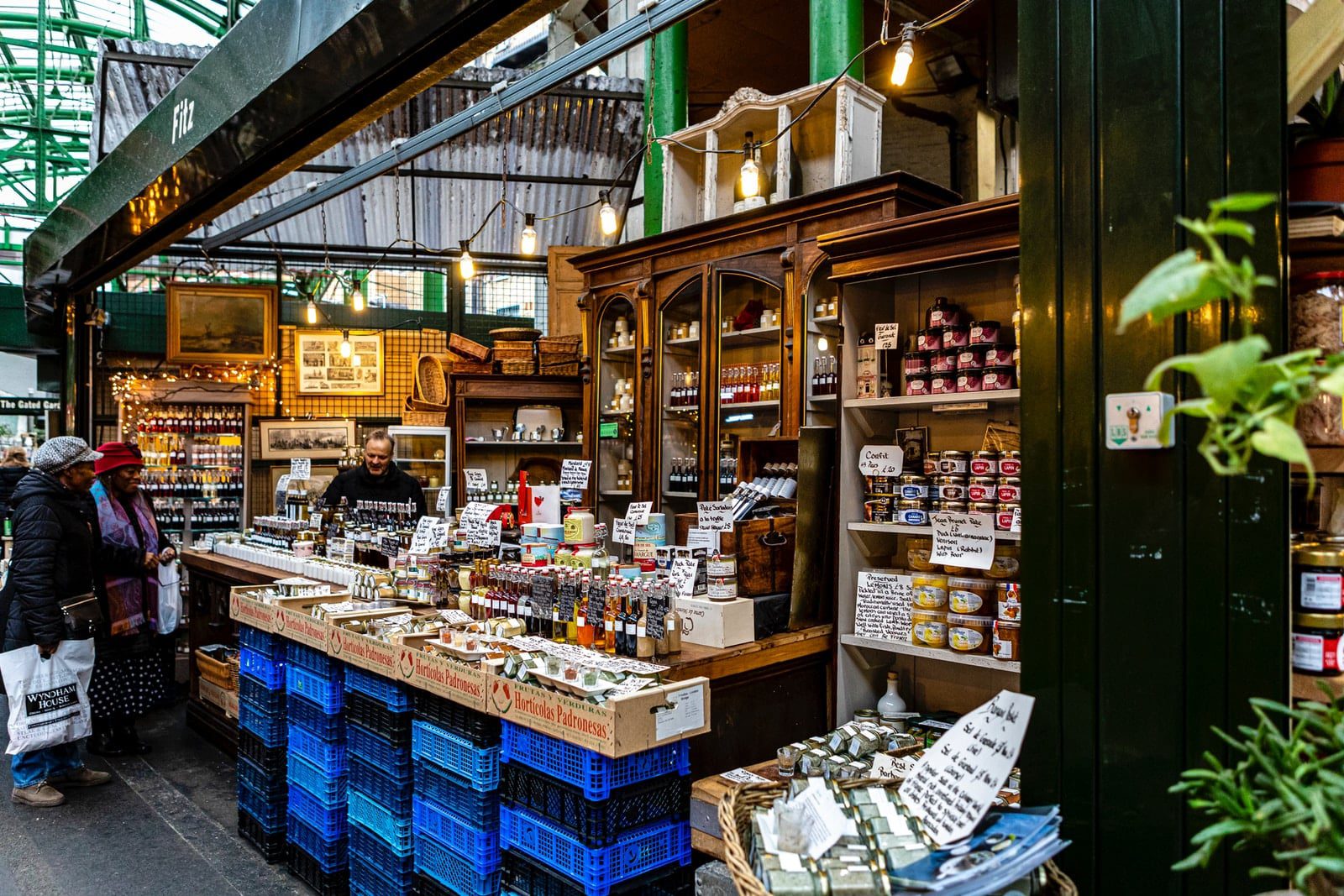 Now that you’ve crossed the River Thames, it’s time to continue the two days in London itinerary by seeing some of what South London has to offer. First, head to the historic Borough Market where you will find local bakers, butchers, greengrocers, fishmongers, and every other type of food supplier you can imagine. Hopefully, you’re hungry because the food stall options are endless.

For those who love seafood, don’t miss Applebee’s Fish and their offerings of all types of seafood: “fresh, found on ice out the front of the restaurant, or cooked to order”. Those preferring vegetarian options must check out Gujarati Rasoi and their servings of family recipes from Gujarat, India, passed down through the generations.

Next, grab a taxi or hop back on the underground and head to Brixton station to explore this lively, multicultural neighborhood. If you’re not done shopping, the Brixton Village Market has all types of food stalls, vintage shops, and numerous offerings that reflect the neighborhood’s Caribbean roots amongst its many covered arcades.

If you still happen to be hungry or just need a few cocktails before the night begins, Three Little Birds is a lovely Jamaican cafe and rum bar. Their menu changes seasonally but the ‘Three Little Birds’ rum punch is always worth ordering. Whilst sipping the cocktail, you can choose where to spend the rest of your night in Brixton. If you enjoy known rock and alternative artists, be sure to find out who’s playing at the O2 Academy Brixton.

Bands of all levels of popularity will perform at this former cinema with its art deco interior. And for something a bit more cutting-edge or up and coming, Victorian pub The Hootananny always has fascinating performers, spanning from reggae and jazz, to DJs and hip-hop. No matter who’s performing, it’s always a party-perfect for dancing the night away.