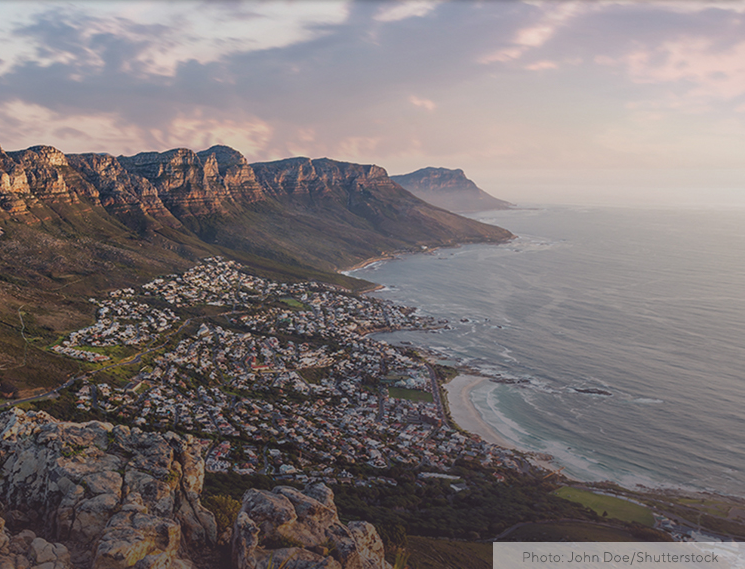 Parks and Beaches in Barcelona 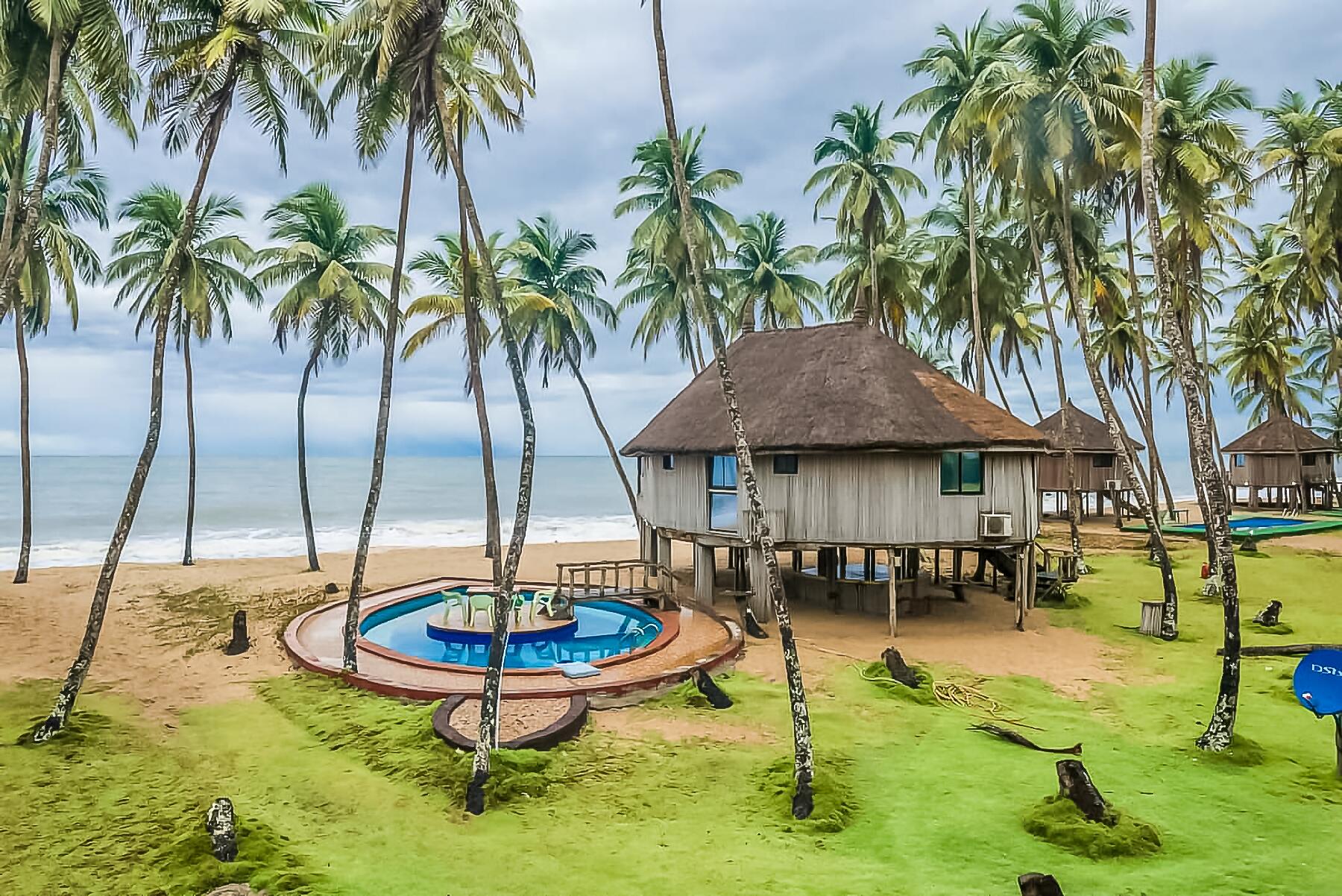 Barcelona is much more than a Catalonian hub of delicious food, unique gardens, and funky architecture. This seaside wonderland is also a lovely place to unwind while soaking up the Mediterranean sun in one of its many parks and beaches. Compared to many of its European counterparts, Barcelona is not always considered a nature-focused destination, but the city has plenty to offer outdoor enthusiasts. With its location on the water and mountains to the north, Barcelona is an ideal spot for enjoying nature. Without ever leaving the city limits, you can walk along the beach, play volleyball, or hike in scenic areas like Montjuïc undisturbed for hours. Here are some of best parks and beaches in Barcelona for you to hit up. 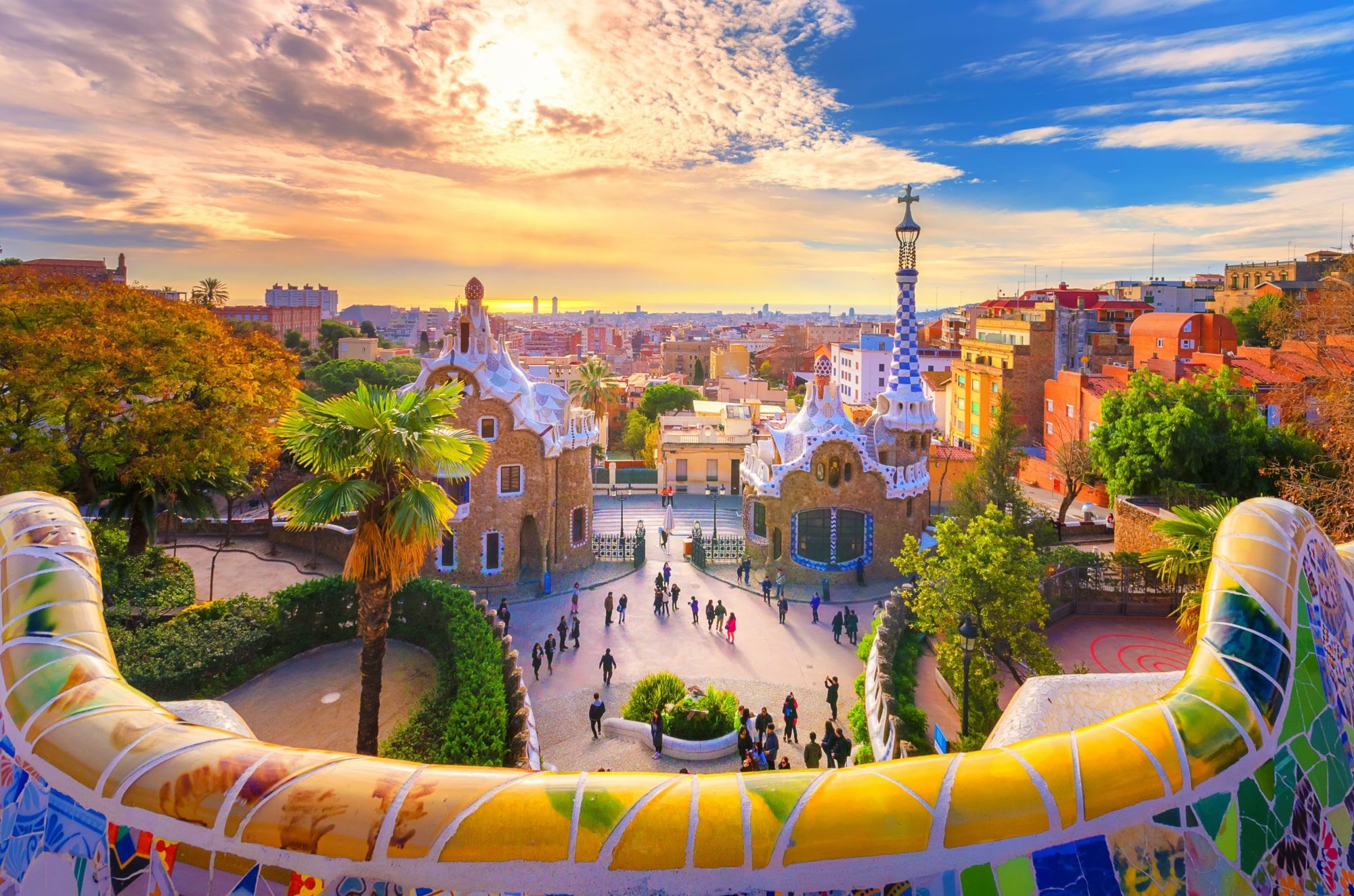 Park Güell — Park Güell is one of the most iconic landmarks in Barcelona. Located on Carmel Hill in the Gracia district, this park was designed by the famed architect Antoni Gaudí and was designated as a UNESCO World Heritage Site in 1984. Park Güell is renowned for its unique design elements that blend both natural and man-made elements into one harmonious creation.

The park is composed of two main sections; one area is filled with lush gardens and winding pathways lined with colorful mosaic tilework and the other consist of stairways, columns, covered walkways, and benches made out of stone that provide visitors with breathtaking views of Barcelona’s skyline. There are also several small houses located around the perimeter of Park Güell that were used as residences for some of the workers who helped build it. 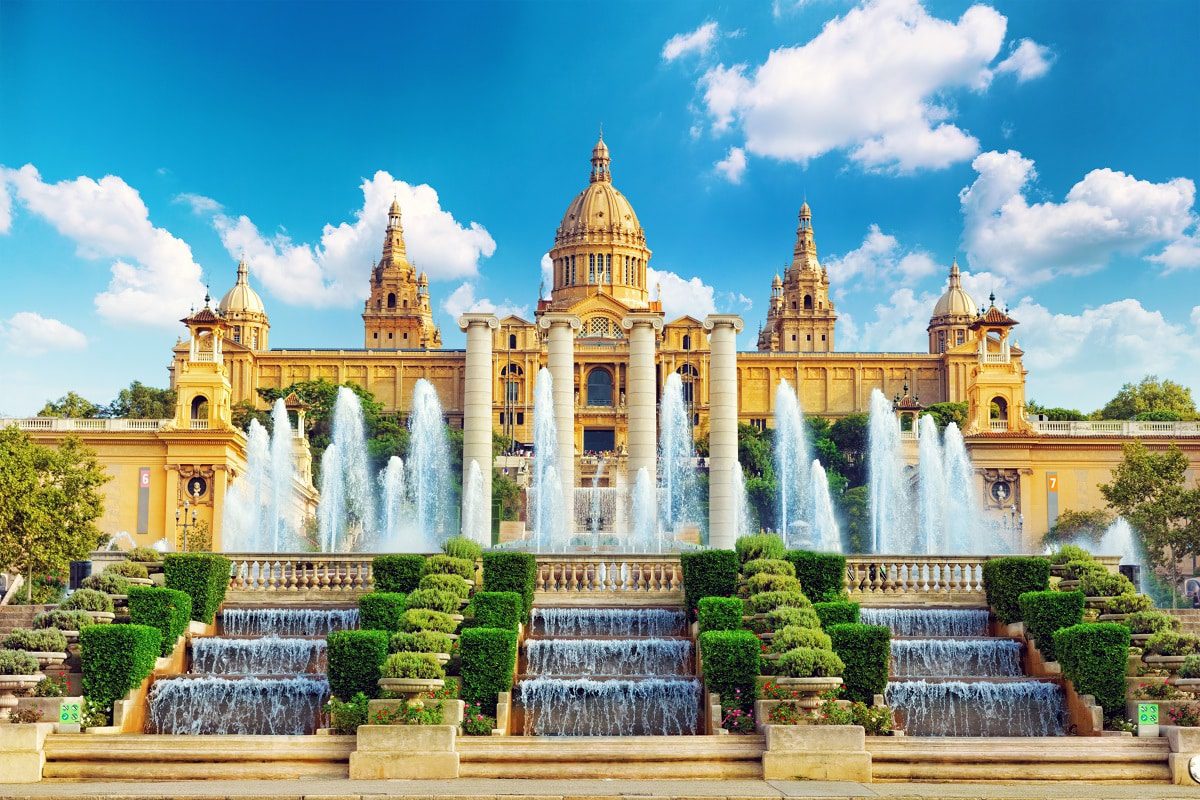 Montjuïc — Montjuïc is a hill overlooking Barcelona’s harbor offering stunning views of the city skyline as well as being home to several popular attractions such as Poble Espanyol which recreates traditional Spanish architectural styles on its grounds; the Olympic Stadium built for the 1992 Olympics; the Magic Fountain showcasing spectacular light shows including water & fire effects set to music every weekend throughout summer time; and the Joan Miro Foundation which exhibit famous painter’s works.

This mountain also provides great opportunities for active individuals looking to go hiking or biking around its trails. Make sure to check out the popular Parc de Montjuïc castle during your hike. The former military fortifications now serve tourists visiting this area daily. 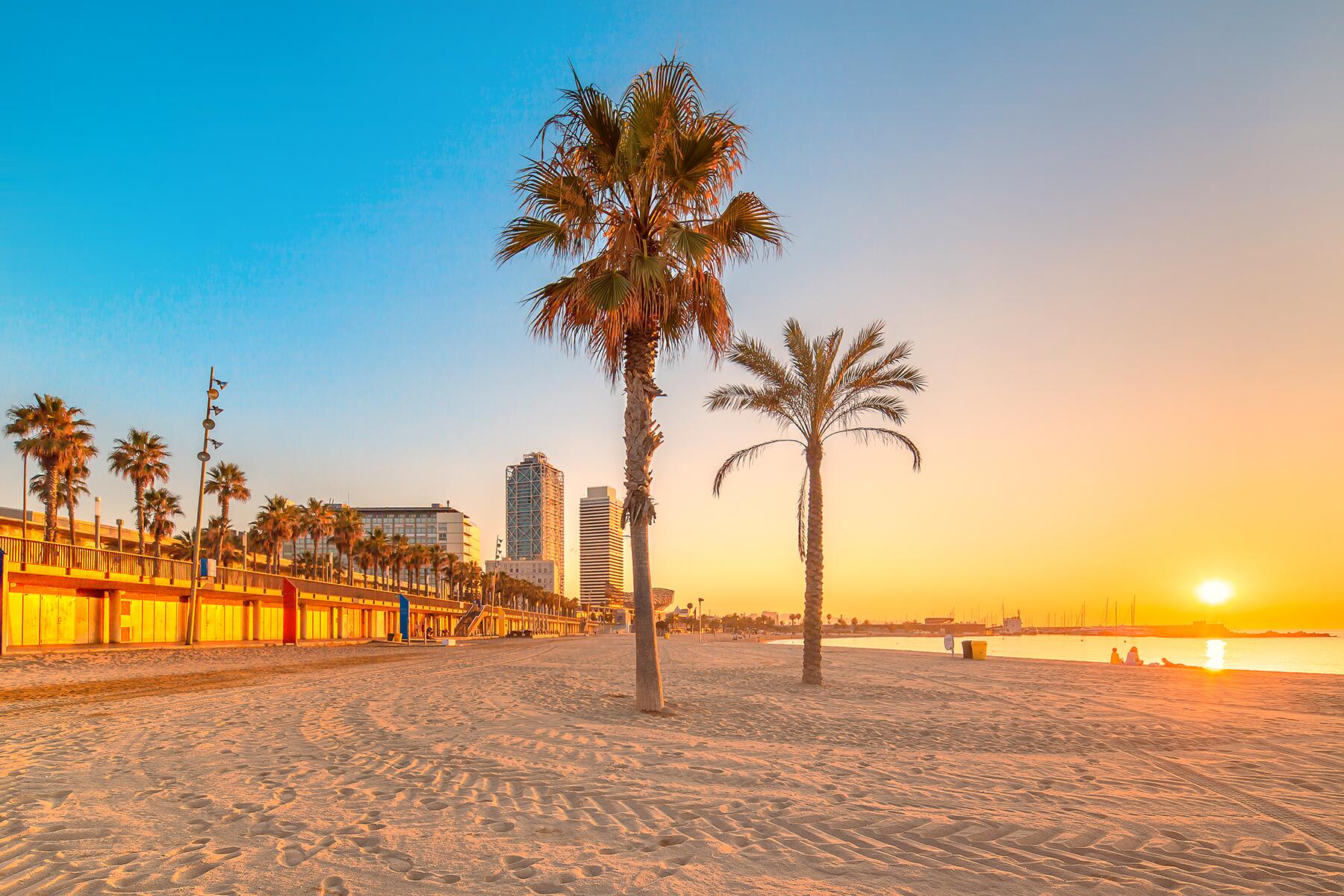 Barceloneta Beach — Barceloneta Beach welcomes thousands of tourists every day during the summer season owing to its proximity to the downtown area, providing the perfect spot for sunbathing or swimming if you don´t mind cold waters from the Mediterranean Sea.

Locals usually gather on the beach during warm summer nights to party and make acquaintance, these occasions typically resemble  atmosphere akin to what you would find in Ibiza clubs but without the outrageous prices usually associated with them. Locals also descend on the beach every Sunday afternoon for traditional “chiringuitos” which involve BBQ-style food accompanied by live music. Tibidabo Mountain — Tibidabo Mountain is a spectacular and iconic landmark located north of Barcelona. It is a major tourist attraction, offering breathtaking views of the city, and houses the Tibidabo amusement park. The mountain stands at 512 meters above sea level, making it the highest point in the Serra de Collserola mountain range.

A popular legend claims that Tibidabo was once home to a rich Roman villa and that its name comes from the Latin term ‘tibi dabes’, meaning ‘you will be given’. From here you can admire some of Barcelona’s most famous landmarks such as La Sagrada Familia and Parc Güell. The amusement park at the top of Tibidabo features various rides and attractions that are sure to keep adults and children alike entertained during their visit. 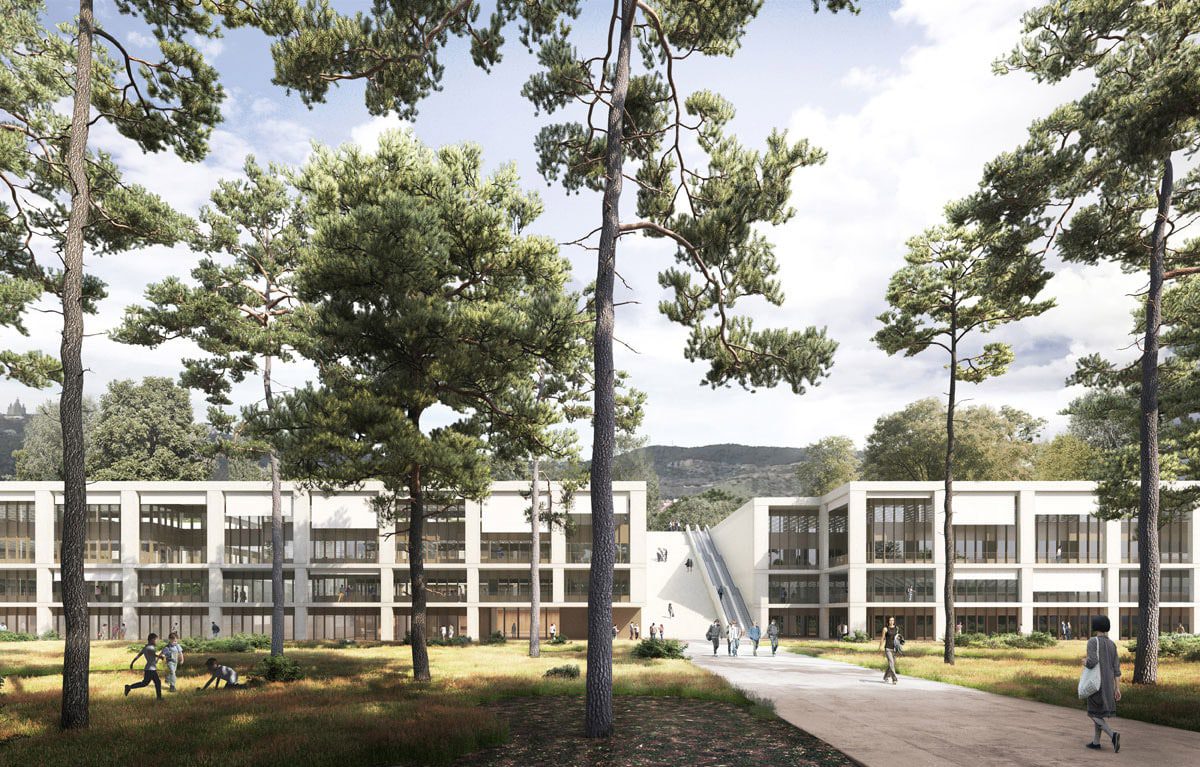 Vall d’Hebron Park — Vall d’Hebron Park is a beautiful public park located on the east side of Barcelona, near Montjuic Hill. Its name comes from its proximity to Vall d’Hebron Hospital, but it’s also known by locals simply as ‘The Park’ or ‘Parc del Sol’ (Sun Park). The park covers 42 hectares (104 acres) and offers a picturesque view of Barcelona’s historic center.

Vall d’Hebron Park is relatively peaceful; luring visitors into forgetting that they are in one of Europe’s most vibrant city for the brief period that they spend taking in the scenic surroundings and marvelling at its variety of flora including olive trees, oaks, pines, and cypresses. Amenities within the park include playgrounds for children, courts for sports like football and basketball, and picnic areas. Parc del Laberint d’Horta — Parc del Laberint d’Horta is one of Barcelona’s oldest parks dating back almost 300 years when it was initially designed by Josep Puig i Cadafalch who was inspired by Italian Renaissance gardens. Set among green meadows surrounded by hundred years old trees, Parc del Laberint d’Horta is perfect for admiring nature while wandering through pathways inside a large maze filled with sculptures made of different materials like stone marble bronze. Every Sunday, the park’s management team organizes activities like concerts, theatrical performances, and puppet shows. These events are open to the public, encouraging families to have fun together outdoors. 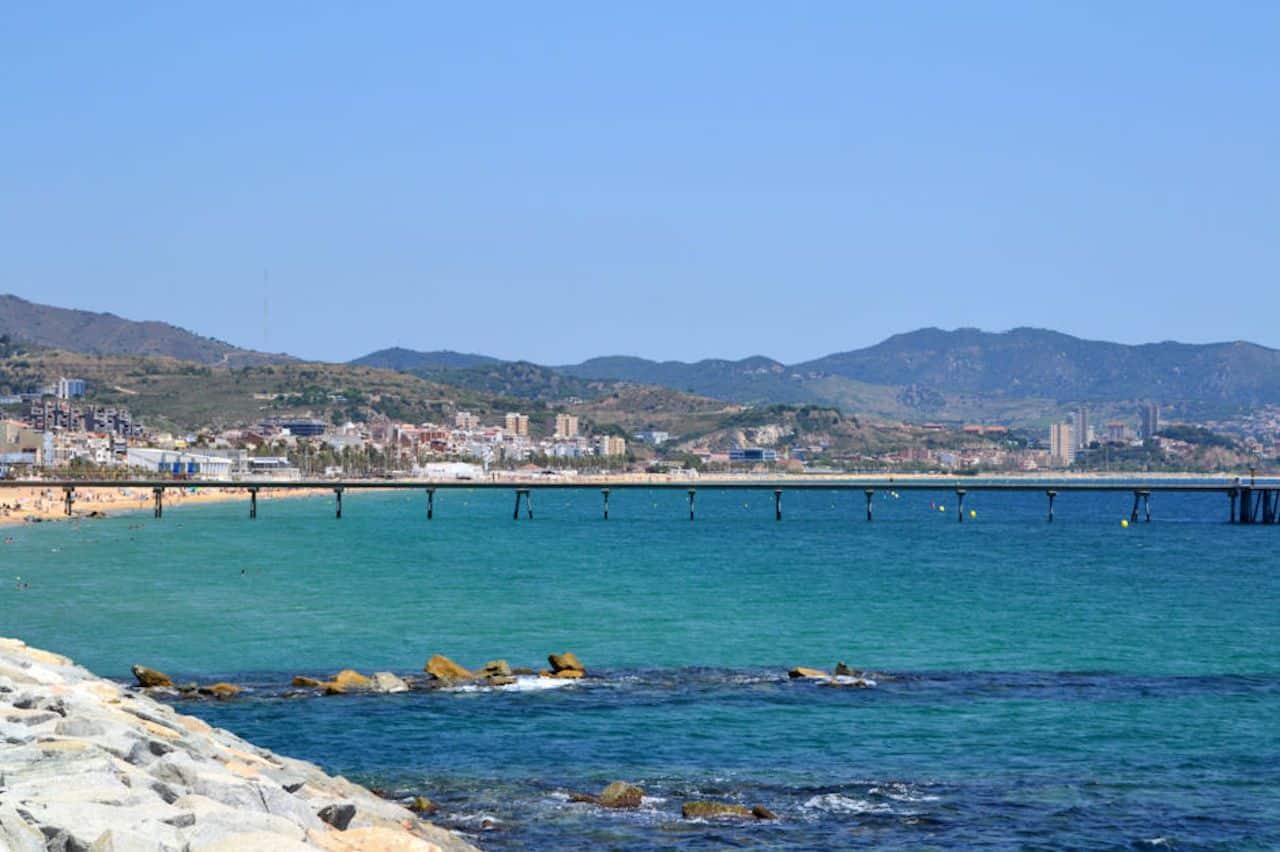 Badalona —Badalona is an old fishing village that has developed into one of Barcelona’s wealthiest suburbs. Along with its beautiful beaches, there are many attractions to be found in the area such as the former palace of Alfonso XIII, now converted into a museum; the Barrio de San Francisco Park; and numerous churches built in the baroque style. Shopping is also a popular activity here with upscale boutiques along Passeig Maritim Avenue or just browsing through local stores for unique Catalan products. Badalona also hosts some exciting festivals throughout the year including La Tomatina Festival which attracts people from across the country to participate in a massive tomato fight. 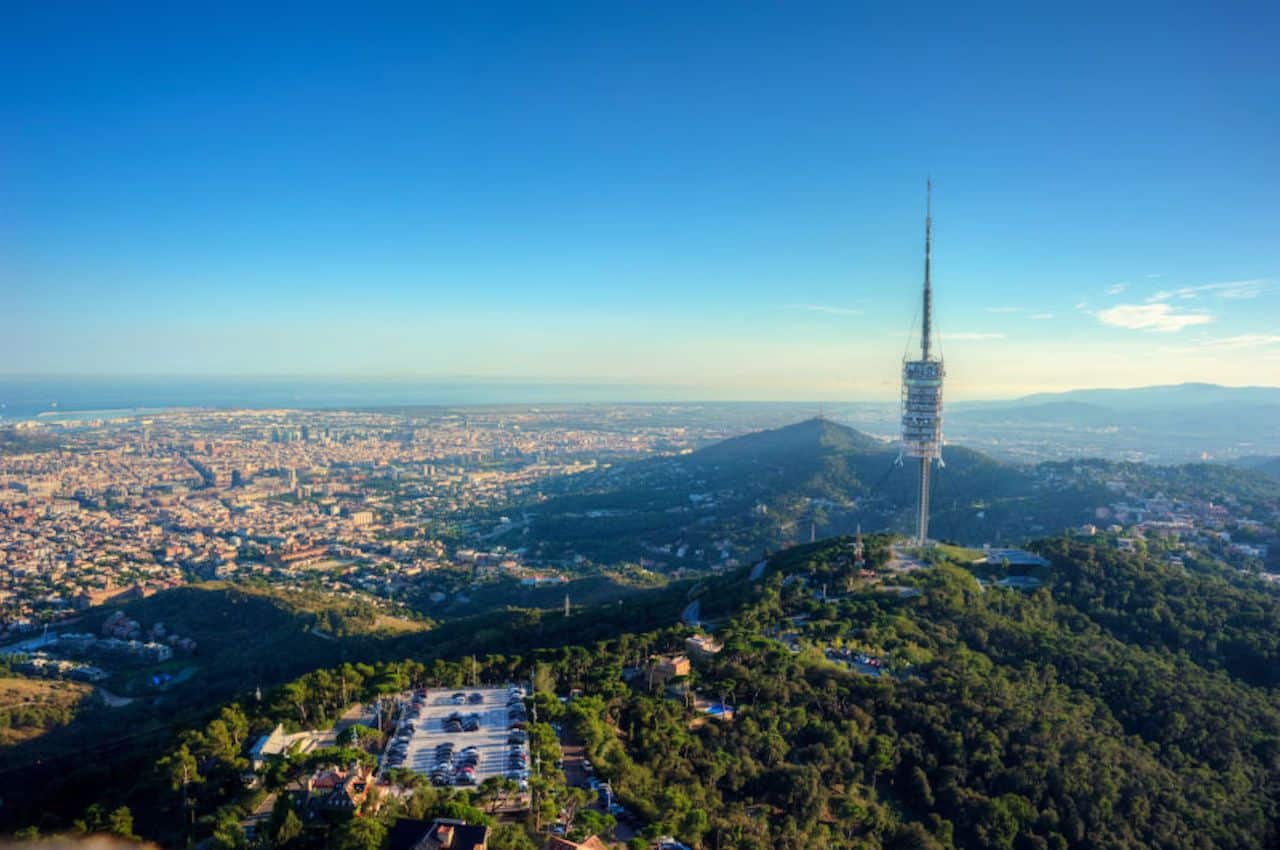 Carretera de les Aigües — The Carretera de les Aigües is an incredibly scenic drive that takes visitors through some of Barcelona’s natural beauty. This winding road follows closely alongside the River Besòs before reaching Montjuïc hill, located near the city’s coastal skyline. Along this route are various small villages like Sant Adrià del Besòs or Castelldefels where you can stop off to enjoy traditional Catalan food or explore some of their local wineries that offer tours and tastings of locally produced wines like Penedès Cava or Priorat wines. After leaving Montjuïc hill behind, head toward La Roca del Vallès which ends with spectacular views over Gavarres mountain range before eventually making it back to Barcelona city center. 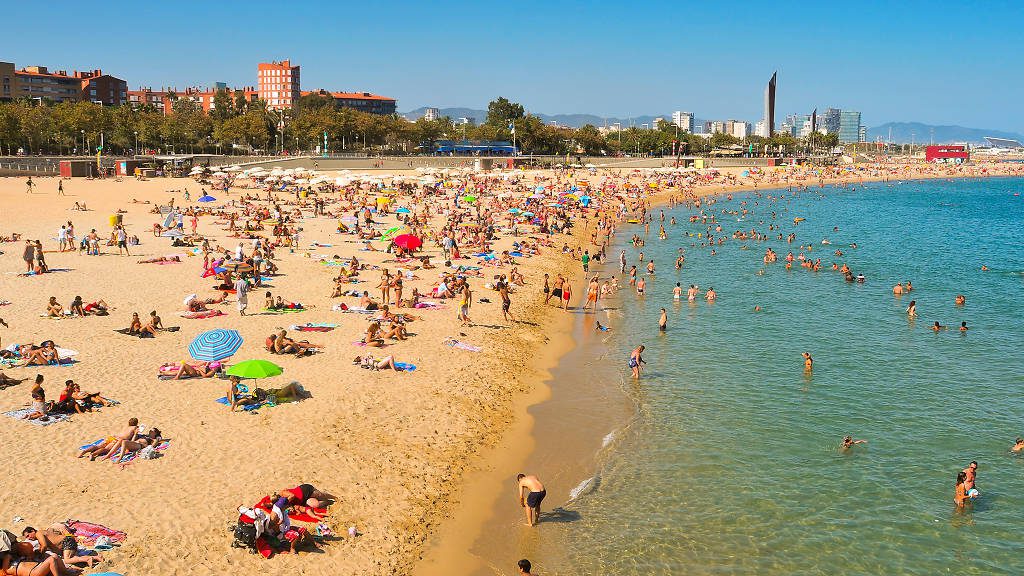 Mar Bella Beach —Mar Bella Beach is an LGBTQ+ friendly beach and offers a nude section for those who wish to sunbathe in the buff. With golden sand and deep blue water, this beach attracts cosmopolitan young crowds and watersport enthusiasts. It’s located near the Poblenou district about 15 minutes from downtown Barcelona. While it is popularly known as a nude beach, clothing is optional, and many toursits do opt to wear their swimsuits.

It’s a secluded spot with plenty of amenities like showers and a children’s play area for guests to enjoy. The local Spanish culture can also be experienced at Mar Bella where you can find traditional seafood restaurants serving up delicious paella and other tapas dishes.