With a population of more than 24 million, Shanghai isn't just the biggest city in China, it's also the nation's street food epicenter. 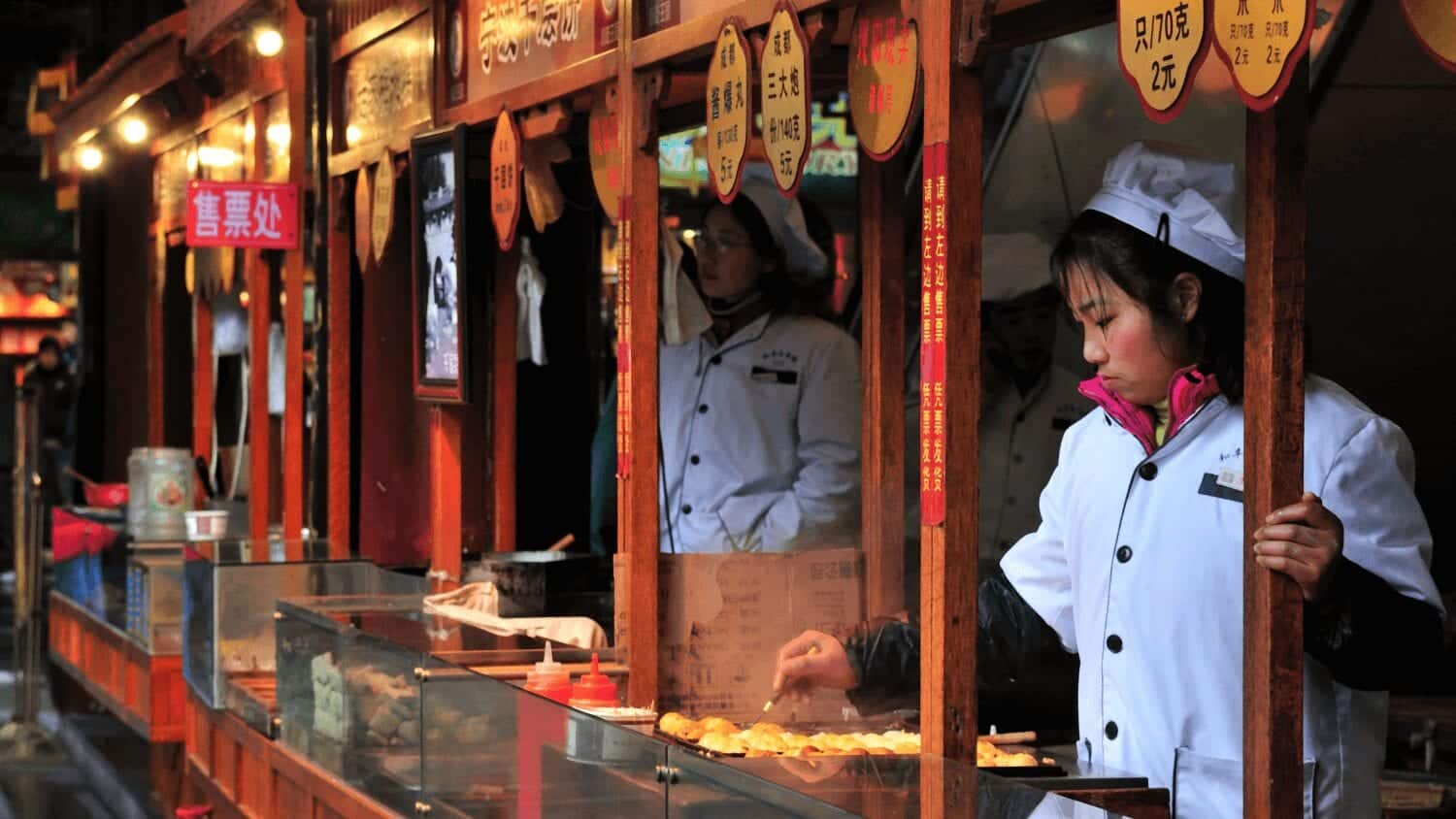 There are millions of reasons why you should visit Shanghai: the amazing mix of old and new, east and west; a plethora of shopping opportunities; vibrant nightlife; and wonderful architecture. But you’ll be hard-pressed to miss the assortment of appetizing street food. You’ve probably heard of steamed dumplings, but what if you want to try something uniquely different while on your trip? In the “Paris of the East”, this is positively easy; follow this guide to underrated street foods in Shanghai to give your taste buds something different. 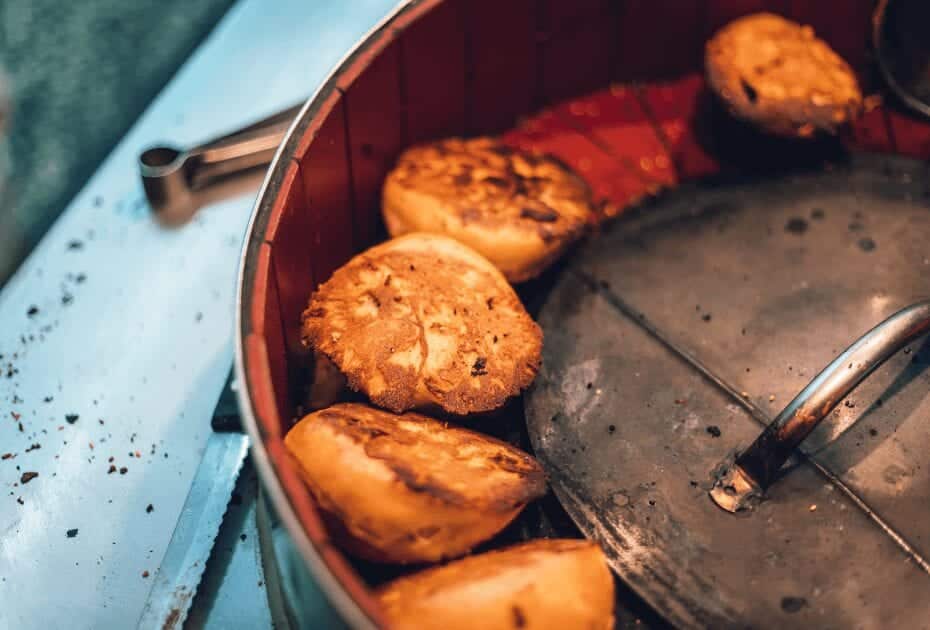 Shanghai is famous for its steamed dumplings, but just as good is the sheng Jian bao. In many ways they are similar to the traditional steamed dumplings – they contain soup and pork – but the skin is thicker, and they are pan-fried instead. Sheng Jian bao are particularly good straight out of the pan and garnished with spring onion, they also make for a great breakfast dish. 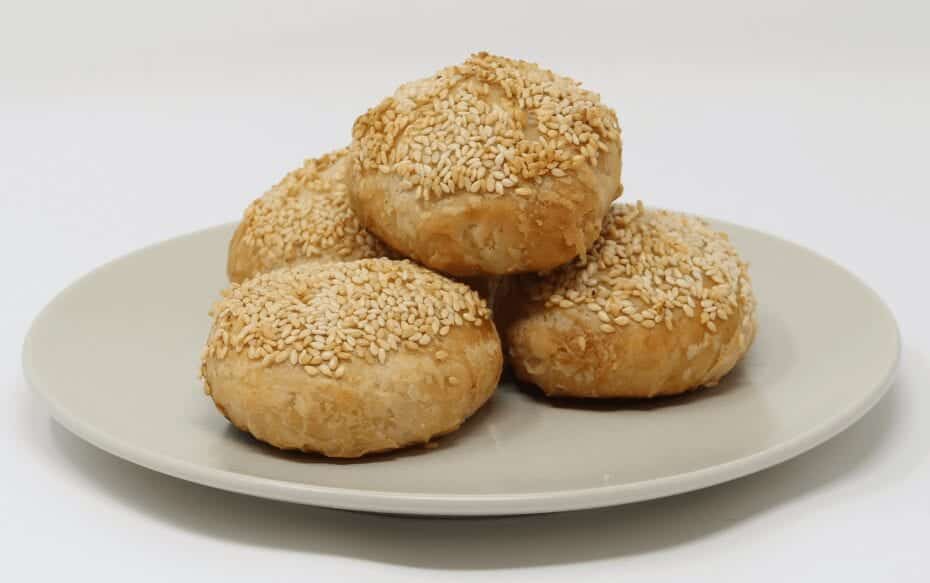 The name Xie Ke Huang comes from the pastry’s appearance since it looks like the color of a steamed crab shell.

The name per se is a bit of a misnomer; no actual crab shell is included in this dish. The name comes from the dish’s appearance, which is golden brown in color, very similar to the color of a cooked crab shell. Actually, a kind of baked shortbread, a variety of fillings are available, including pork, crab meat, and shrimp, and is topped with sesame seeds, each one of them equally delicious. 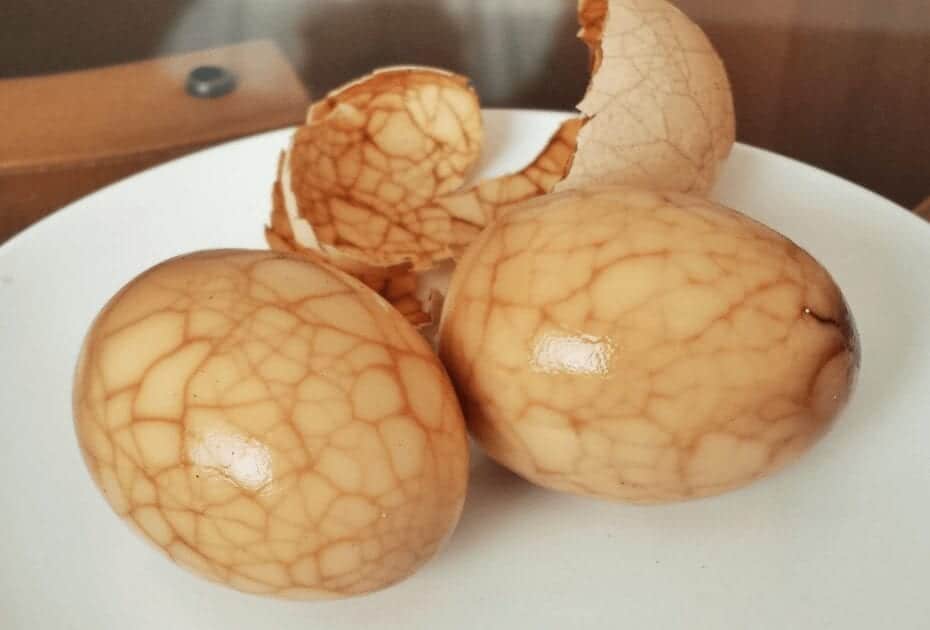 Arguably one of the easiest street foods in Shanghai to make, tea eggs are exactly what the name says; the eggs are hard-boiled, and then re-boiled in green tea and soy sauce, giving it a marble effect. But don’t let its simplicity put you off. Cha Ye Dan is a highly popular street food snack amongst the locals, perfect for eating when you’re out and about and need something to give you that extra boost of energy to get you through the rest of the day. It can be found in just about every convenience store, food stands, and many small Chinese eateries. 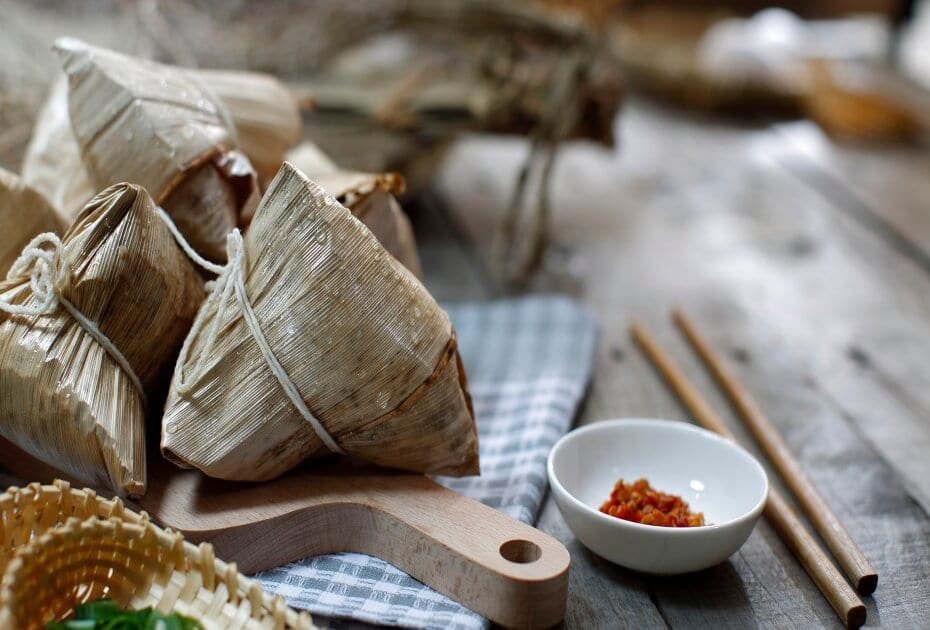 Zongzis are the perfect summer snack

Although this particular dish isn’t native to Shanghai, it is nevertheless immensely popular among locals and tourists alike. Only available in the summer, you’ll see these small triangular green packages sold at food stalls in every corner of the city. The reason? Zongzi is traditionally eaten during the Dragon Boat Festival, a holiday marking the untimely death of the poet and minister Qu Yuan. After Qu Yuan had drowned, his followers threw parcels of sticky rice into the river to stop the fish, serpents, and the dragons of the underworld from taking his body. The tradition continued annually on the anniversary of his death, and now zongzi is what represents the offerings. They come with a variety of fillings, such as pork, chicken, or beans. 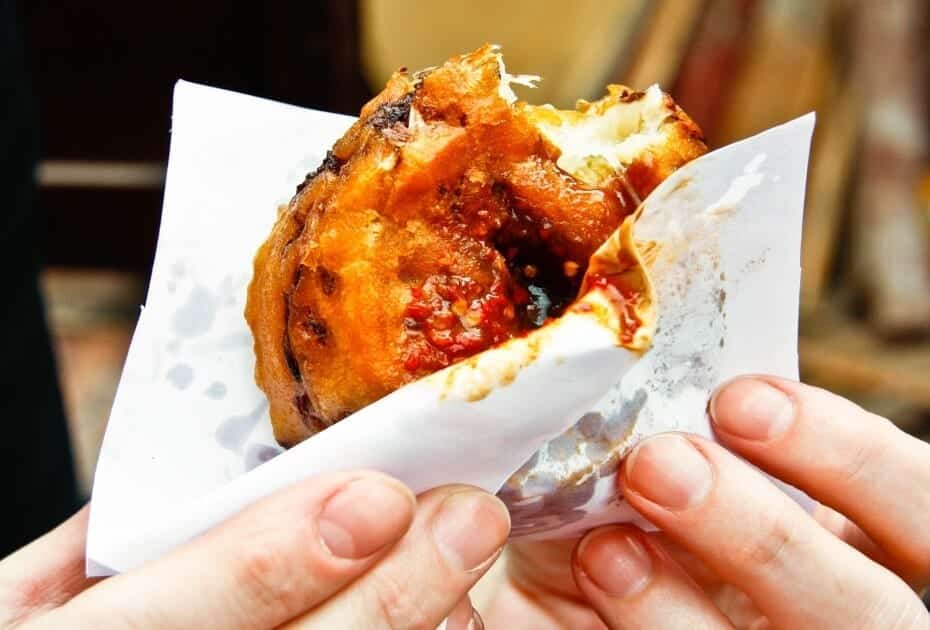 Radish isn’t considered to be one of the more interesting vegetables that Shanghai has to offer, but the Shanghainese certainly know how to make them tasty. You dunzi – oily, crispy radish fritters – are well known for being absolutely amazing. Once cooked, a hole is made in the top so you can add whatever sauce or spices to create a delicious mix of flavors. Some people add chili paste for that little bit of bite and kick, others prefer to add bean paste for sweetness – or you could just have both in there. 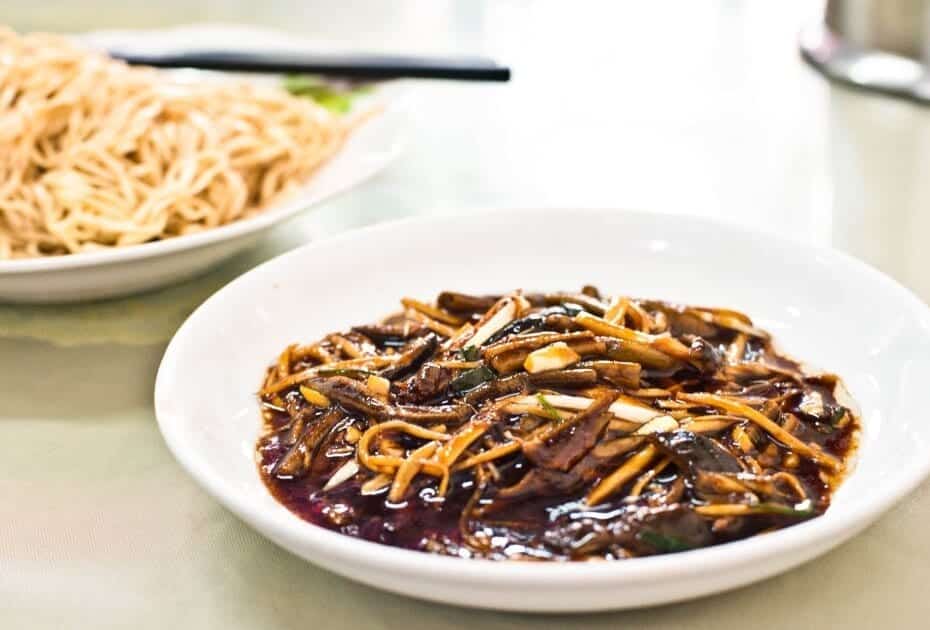 Eels form a large part of the Shanghai food scene; the city’s eel dishes are quite well known throughout the world. Served in two separate parts, you’ll receive a bowl of cold, fine wheat noodles alongside a bowl of hot eels swimming in a gingery soy liquid. You then have two options: you can mix the two together to create one dish, or you can enjoy them separately. The best part about this dish is the contrast of the flavors, textures, and temperatures. 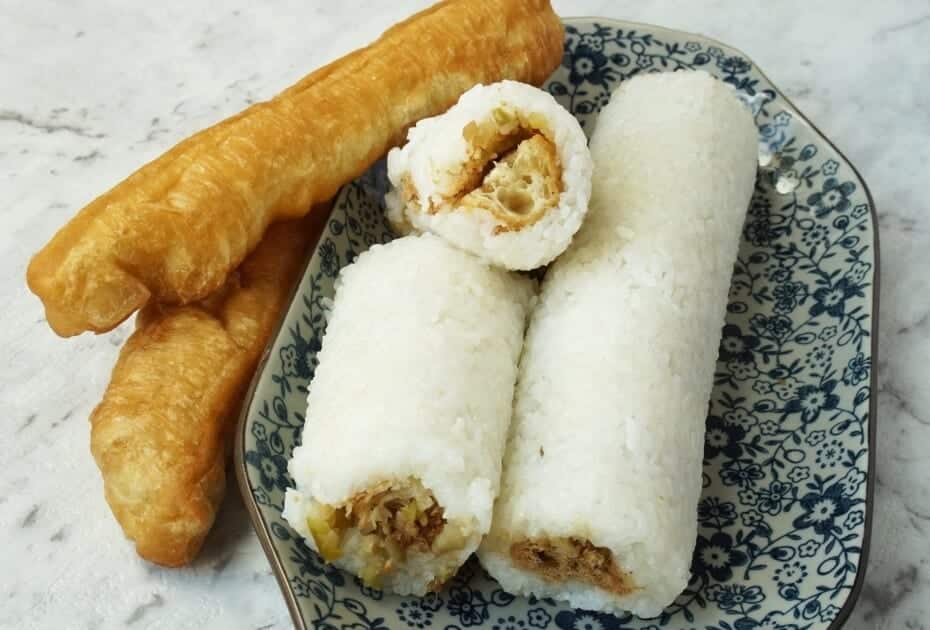 Another street food dish that has a wonderful mix of flavors and textures, ci fan tuan may appear to be just a sticky rice ball, but the inside will definitely surprise you. The street food vendor takes a salted duck egg, a fried breadstick, some chopped pickles, sweet-dried pork floss, and pork sauce, places them on a layer of sticky rice before rolling it all up into a ball. This is a typical breakfast dish for Shanghainese people, and as you walk around the street food stalls, you may hear it called by its Shanghainese name – ci veh.

The street foods in Shanghai are varied and quite simply amazing, as you work your way through the myriad of dishes available from the food stalls dotted across the city – start with the Ci Fan Tuan to give you an introduction to the city’s street food, but don’t be afraid to try something new, even if you’re not entirely sure what it is; you might just find your new favorite delicacy. 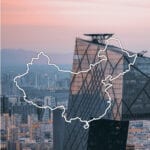 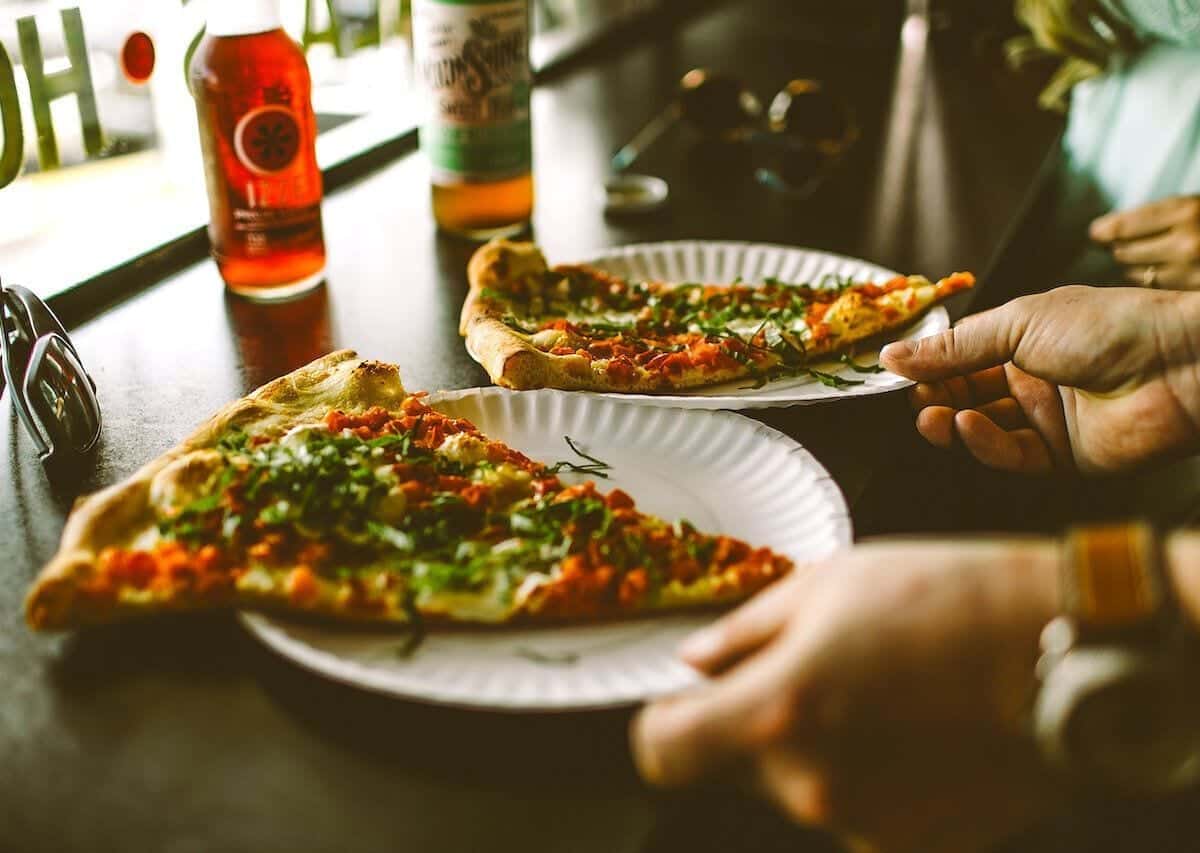 Here is the Best Pizza Restaurant in each US State 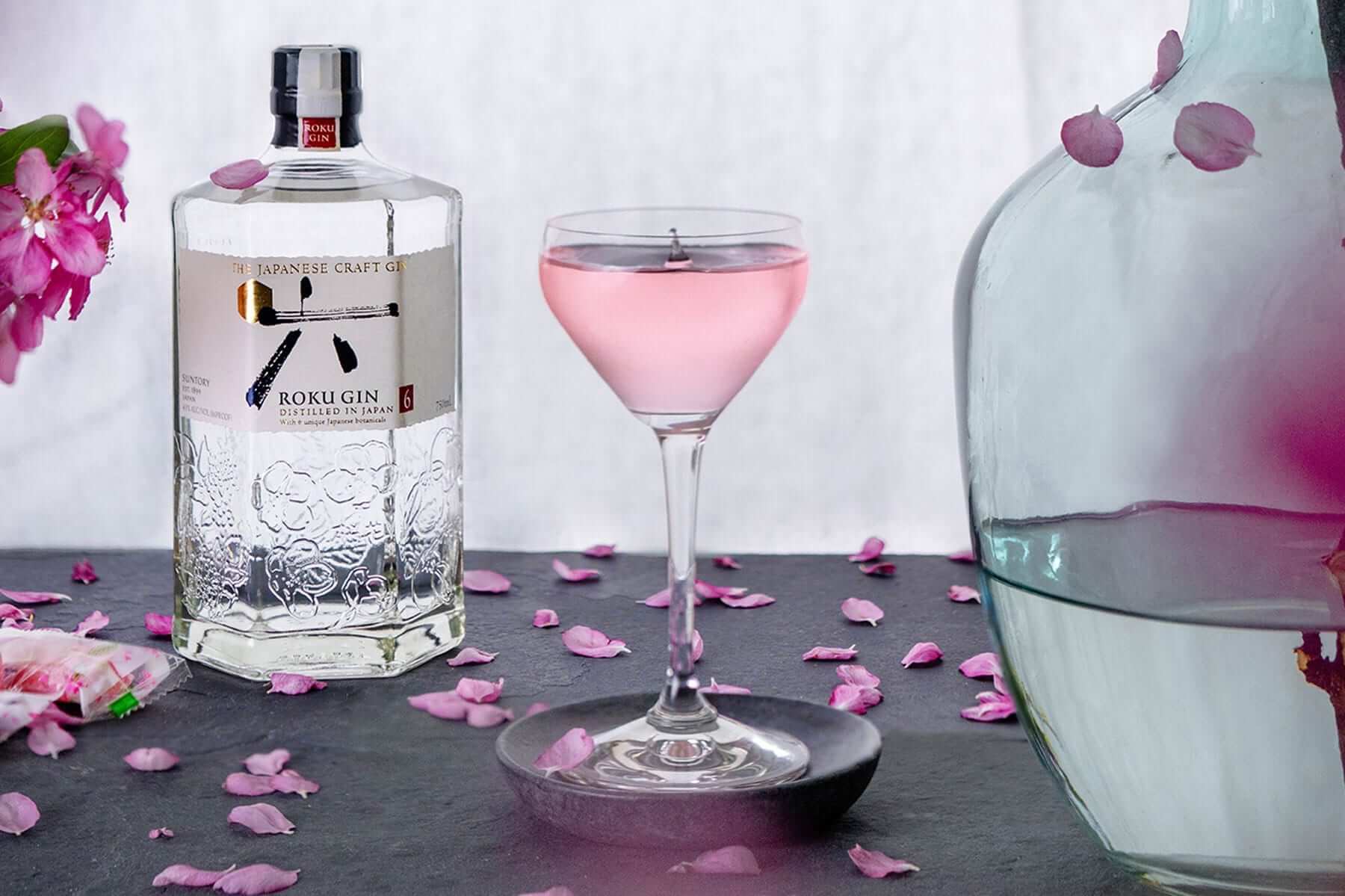 Tips for vegetarians on the road

Here is the Best Pizza Restaurant in each US State

Tips for vegetarians on the road