5 places to visit that you’ve never thought about

“These road-less-traveled, virtually untouched destinations will make you want to turn off your cell phone, except of course for capturing unbelievably gorgeous photos and go off the grid for a while.” 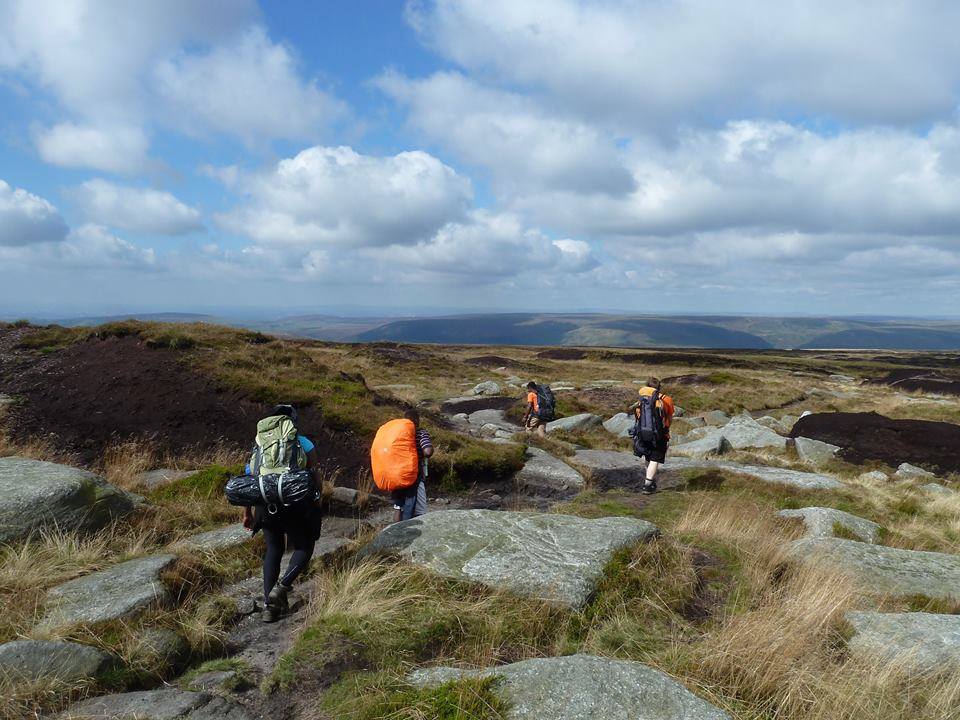 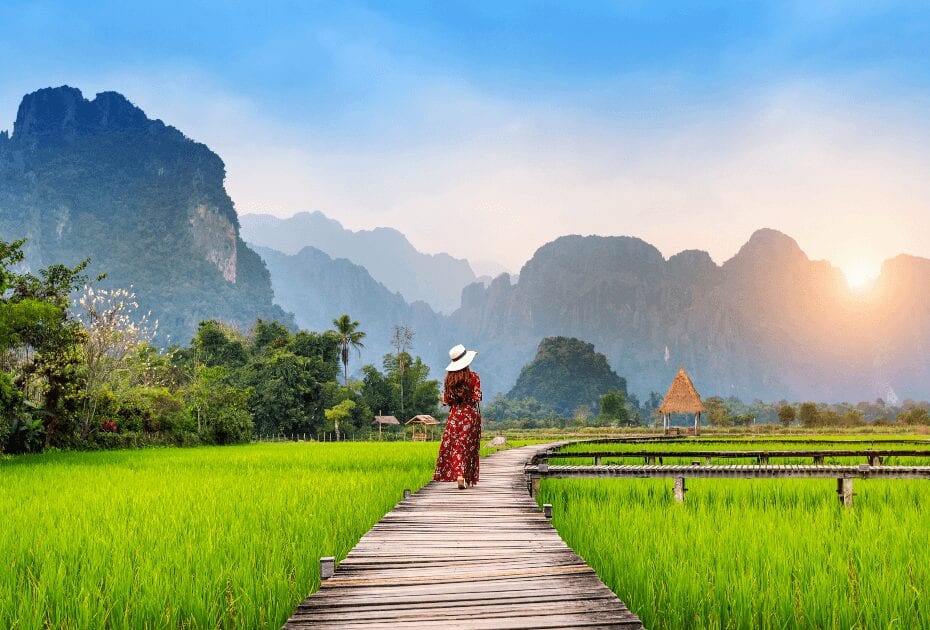 If you’re a seasoned traveler or just an occasional family vacation goer, you’ve no doubt seen the crowded, heavily advertised, and commercialized locations with plenty of popular spots to visit. Now it’s time to find some uncharted territories – Places to visit you’ve never thought about before off the beaten path that seems as if they were personally placed there just for you to enjoy.

Hitting the road with miles and miles ahead of you, flying high above the earth on your way to your favorite vacation spot, or venturing out on a cruise ship to explore ports along the way. However you decide to get away, traveling is always filled with excitement. Even more so when you let your adventurous side take over and head off the tourist-laden trail to opt for places less crowded and not so well known.

It’s time to let our travels take us to some more obscure, out-of-the-way, perhaps a bit mysterious, and certainly remote locations. These road-less-traveled, virtually untouched destinations will make you want to turn off your cell phone, except of course for capturing unbelievably gorgeous photos and go off the grid for awhile. Let’s take a look at a few of the most scenic, virtually untouched places to explore.

1. Chuuk Lagoon in the Cook Islands 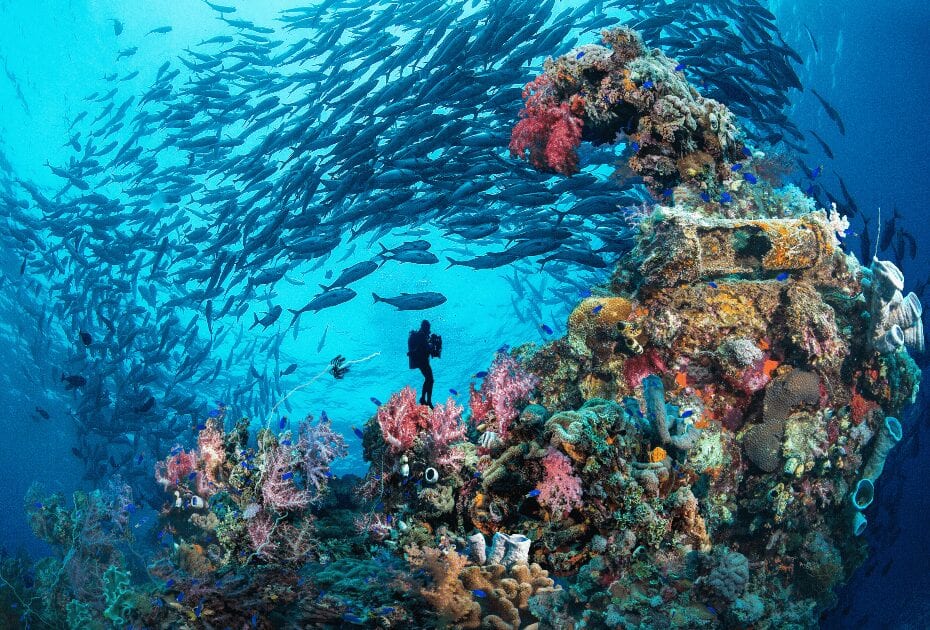 Why limit yourself to land expeditions when you can go deep under the water as well. Put on your diver’s gear and get ready to explore underwater shipwrecks. Part of what makes traveling so interesting is all of the history and cultural lessons we learn when we go from place to place. The Chuuk Lagoon is literally filled with such lessons. Sunken in its waters are 70 ships that belonged to Japan and sunk during World War II. To dive, there are two options. There is land-based diving available as well as deeper dives from a diving vessel for more experienced divers. Visit anytime you want, but to really get the most out of exploring the waters, the best time is when the average water temperature is warm, from December through April. 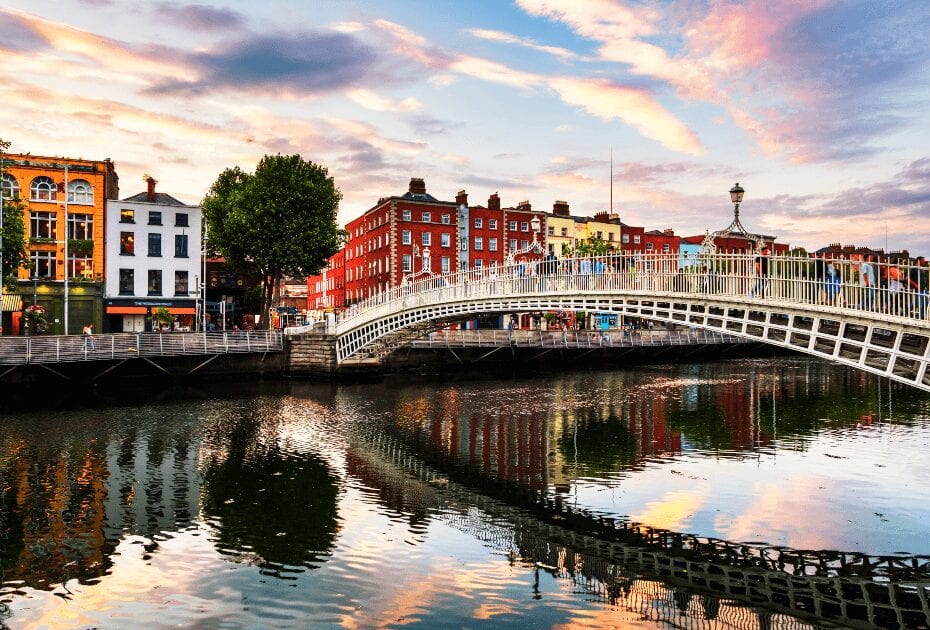 When you think of Ireland, while beautiful landscapes and fairy-filled stories may come to mind, unchartered territories may not. Though, there is plenty of natural and man-made spots off the beaten path that you won’t want to miss. One highly recommended location when traveling to the country is the Giant’s Causeway. This stunning marvel of nature was formed by a volcanic fissure eruption but filled with legendary stories of folklore depicting a giant. What was left behind was approximately 40,000 interlocking, hexagonal basalt columns that are a wonder to behold.

While spots like the Giant’s Causeway are a must-see when in Ireland, there are some pretty magical scenery on the road even less traveled as well. Duckett’s Grove is one such place where you will find surviving towers and turrets from 18th and 19th-century homes that make for quite a romantic backdrop. Another is Killarney National Park where you will find lakes, mountain peaks, and Oak and Yew woodlands.

Be sure to also experience the tucked-away beauty of the Glenoe Waterfalls in Antrim, Glenevin with stepping stones to cross a stream, and the Glencar waterfall that you will come upon after a wooded walk, Slieve League Cliffs, the Dingle Peninsula which inspired writer Peig Sayers, and plenty of hidden beaches along the way. Don’t leave Ireland before capturing your own pictures of the Dark Hedges or exploring some tucked-away castles or monasteries. 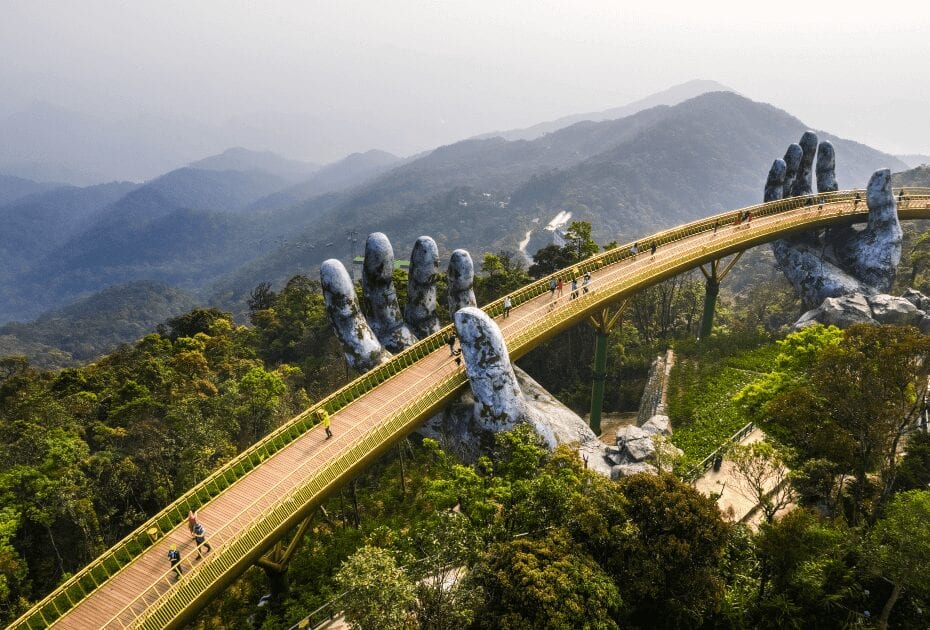 You may want to head to this spot quickly before it becomes less of an uncharted spot with more and more tourists discovering it as TIME magazine fairly recently named it among the World’s 100 Greatest Places. It’s still a sight to behold and an experience as you walk across the 150-meter pedestrian Golden Bridge in Vietnam. Located in Ba Na Hills, at an altitude of 3,280-feet above sea level, you will see two very large stone hands rising up as if to hold the bridge in place. The designer of the sculptured bridge, TA Landscape Architecture, sculpted it to represent the giant hands of God.

Though it’s quite a bit farther to travel, if you’re already in this part of the world, you may as well plan to further your journey to Kuang Si Falls in the north-central region of Laos, located north of Vietnam. Here you will find some of the most amazing waterfalls nestled in far, out-of-the-way spots worth exploring. Rent a motorbike for the day, and get ready to view some stunning mountain ranges on the almost 20-mile drive to the falls. Don’t forget to wear a swimsuit under your clothing as you may want to take a plunge into the two waterfalls that lie beneath the final breathtaking waterfall atop. Get your fill of jumping and swimming in while you can. Once you arrive at this 200-foot drop waterfall, swimming is not allowed. 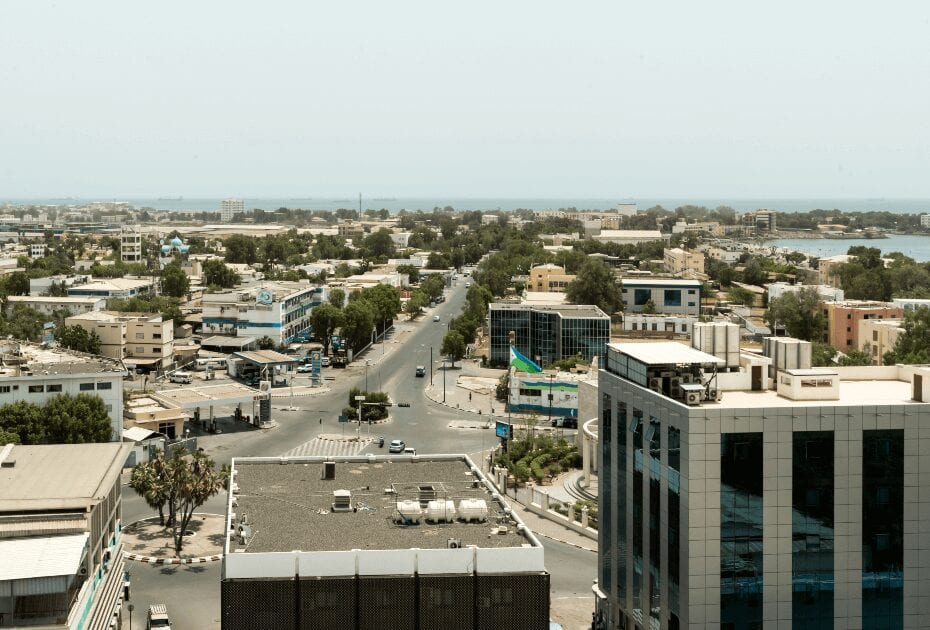 If the lights and action of Hollywood pique your interest, but the thought of dredging through tours of movie sets swamped thick with other tourists shoulder to shoulder, then it’s time to step onto a real Hollywood set far off the beaten path. As soon as your feet hit the ground in this tiny speck of an African nation located near Ethiopia, surrounded by the Red Sea and the Gulf of Aden in the horn of Africa, trek straight to Lake Assal. You’ll discover this salt lake that was featured on screen in the portrayal of Planet of the Apes. Be sure to also explore Lake Abbe, which can also be seen pictured as the backdrop in the on-screen fictional story.

Imagine breathtaking views that you only find in salt lakes, basaltic plateaus, extinct volcanoes, plains that are sunken and look as if you’ve stepped foot on another planet, majestic canyons, and chimneys made of limestone puffing out steam. Djibouti is a multi-ethnic region and one of the smallest populated locations in the area. The region offers plenty of hiking opportunities as well as water explorations, such as watching for whales and even sharks in the Gulf of Tadjoura. 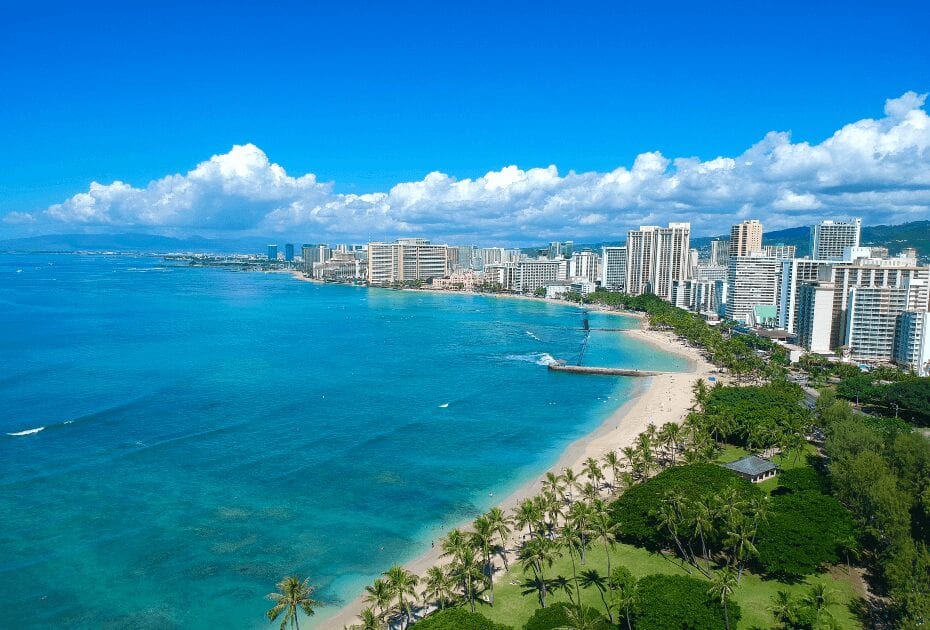 A perfect end to a beautiful day, and the best place to enjoy uncharted territory. Very few other locations on the planet will compare to an uncharted territories excursion that this one has to offer. Just south of Hawaii is a hidden jewel that is part of the United States territories and a sparkling gem of the South Pacific. While getting there may be an adventure in and of itself, it is well worth the wait for limited flights or a long journey by ship. Venture upon this island to experience its rugged delights.

Hike through national parks where you are likely to be possibly the only visitors around, as they are some of the least visited parks in the nation’s entire park system even though it spans 13,500 acres across the three islands of Tutuila, Ofu, and Tau. You’ll discover rugged cliffs and thick jungles. American Samoa is made up of five main islands as well as two coral atolls. Be sure to arrive around sunset, as this is the last spot the sunsets each night. 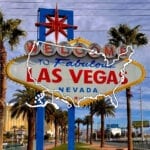 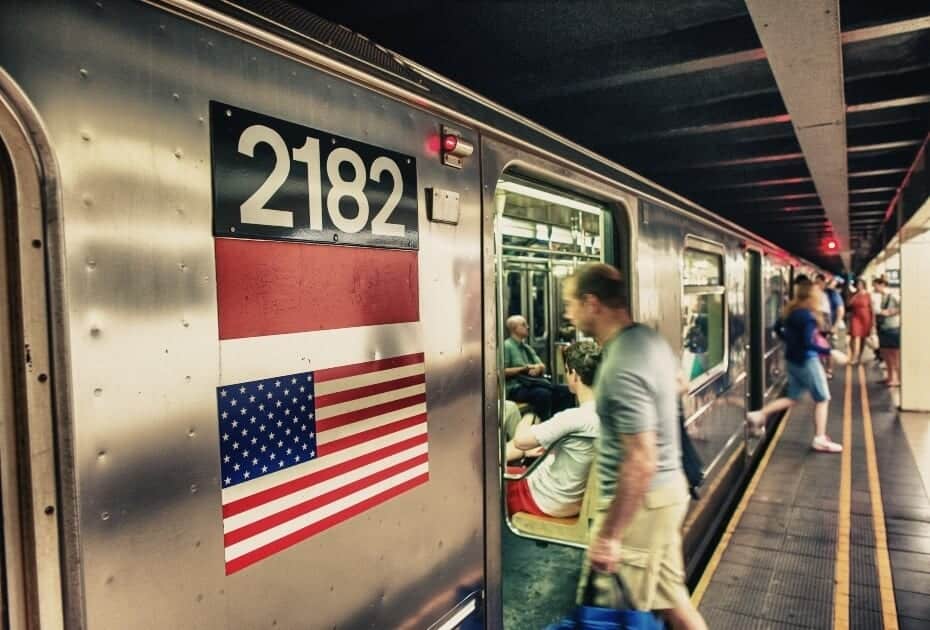